Last weekend, Nov. 13, commanders from all over the galaxy brought their armies to Petaluma to test themselves in battle.

What follows is the battle report as delivered by tournament leader Will Hearell:

At the conclusion of our 1500pt 40K tournament three armies stood tall with more pride than any others.

The terrifying Ork dredd mob came out on top, played by Garrett Mulroney. With numerous walking metal cans of destruction, Garrett proved that an unstoppable force can, in fact, break through an indestructible wall.

The Slaanesh based Chaos Space Marines, played by Will Hearrell, used deceiving tactics and extreme nimbleness. As such, the Chaos Gods tipped the scales in favor of Will, weighing him in at #2. 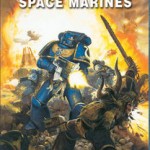 Among the competition were; the Imperium’s trusty Imperial Guard, played by Daniel Gulbransen; the ferocious Space Wolves, played by Richard Smith; and the ever-loyal Ultramarines played by Jon Layton.

The first round of combat was based around one armies leader destroying the other armies leader. Do so for a win, beat the rest of their army for a Massacre! The Orks scored only a minor victory this game, failing to kill the Space Wolves leader, but by nearly annihilating the Space Wolves the Orks managed to pull off a win. Chaos Space Marines fought a pleasurable battle for glory and selfish pride, scoring a Massacre against the loyal Ultramarines. The black and grey wave of holy Space Marines shred their way through the hordes of men and armor of the Imperial Guard, striking down their leader in a triumphant assault for a Massacre. 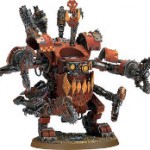 The next scenario was an ambush set by the attacking army whilst the defending army must reach the attacker’s deployment zone. The Imperial Guard got to show the power of their men, ambushing the Space Wolves successfully, and scoring a victory. The Emperor’s divine fire managed to burn through the darkness of the Chaos Marines’ ambush, scoring the Space Marines a major victory. The Ultramarines could not stand to the might of the Ork Deff Dreds and were Massacred by the sheer volume of strength the Orks set on the battlefield.

The final mission was an evacuation of a special character code-named ‘The Genetor.’ The defender has to escort ‘The Genetor’ back to an evacuation zone while defending against the attacker. The attacker’s role was to destroy ‘The Genetor’ before he escaped. The Imperial Guard were struck by a lightning fast counter-attack from the forces of Chaos, and, failing to destroy ‘The Genetor,’ were also Massacred for the glory of Chaos. The Space Wolves luck had finally turned, helping them score a late victory against the still unlucky Ultramarines. The righteous Space Marines sacrificed themselves for ‘The Genetor’s escape, though the sacrifice was too much to be worth anything, as the Orks gleefully Massacred the fearless Space Marines.

Thank you everyone who came and we’ll see you next time!  — Will

If you are interested in learning more about the Warhammer 40K battle game, stop by HobbyTown USA on Monday evenings, starting around 6:00pm, and check out the battles. Ask for Will.