The Redwood Empire Model Railroad show last weekend was a great success. Many clubs were there showing their impressive layouts to appreciative families. There were vendors at the show too, selling difficult to find items and good bargains but the real measure of a good train show is the layouts.

Possibly the most impressive was the HUGE 40’X60′ layout set up by the Coastal Valley Lines club. The Redwood Empire Garden Railway Society had the most whimsical layout with Thomas the Tank Engine running through a fantasy landscape with a castle, dragon, Disney figures, and Waldo. The Sonoma County Model Railroad Society brought their switching layout making them the only “hands on” layout where kids could learn to operate the trains. Finally, hundreds of people were able to ride behind one of two locomotives operated by the Redwood Empire Live Steamers.

All of those who worked hard to make the show a success deserve credit for a job well done, but one man stands out. If anyone could be considered the “father” of the show it would have to be Terry Strom. Terry was at the show with the Redwood Empire Garden Railway Society, a club he founded 20 years ago.

I remember getting tickets to the Home Show from Terry about five years ago. I went to the show back then and found Terry tucked away in a side booth away from the main hall but still cheerily running a G scale layout that featured Thomas the Tank Engine, Disney characters, Waldo, and figures from other fantasy themes. Terry first brought his layout to the Home Show back in 1999. Since then he has recruited other model railroading clubs and worked with the Home Show promoters to gradually grow the train portion of the show until in 2009 it officially became the Redwood Empire Train Show.

Was Terry ever discouraged that it took 10 years to bring the train show to reality? Of course not. “Train shows are my love,” said Terry, “I especially love all the people and the look on their faces as they watch the trains.” I think that is true for all of the hard working club members at the show.

Thank you, Terry and everyone.

Please browse the gallery and videos below to get a taste of the train show and plan to attend next year. 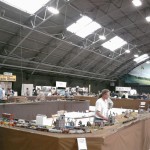 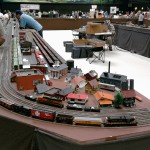 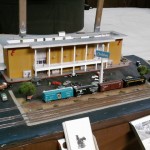 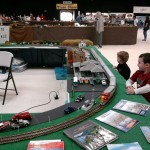 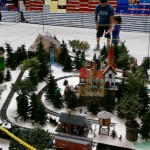 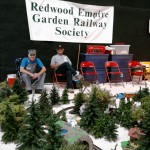 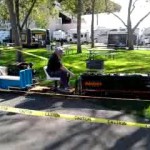 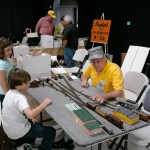 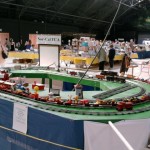