No, not the catwalk strutting fashion kind. I’m talking about award winning models made by members of our local model building clubs. Recently two members of our local chapter of the International Plastic Modeling Society (IPMS) took home first place awards at the IPMS National Competition. Another member of the Redwood Empire Model Shipwrights won a nation contest sponsored by Seaway’s Ships In Scale magazine for the best model of Sir Francis Drake’s ship the Golden Hind.

Our IPMS Nationals winners were John Admire and Jack Riggar. Click the pictures to see a larger view in a new window.

John won a first place in the Science Fiction category for his model of a futuristic walking mechanized fighter. 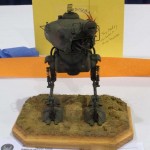 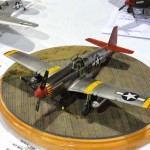 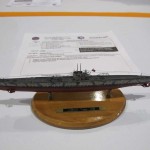 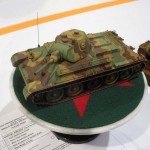 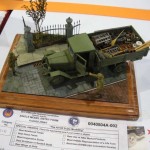 These same two modelers, along with John Boes recently won first place and  Best of Show awards at the Yuba City IPMS regional model contest. John Boes’ Best of Show winner was a 1941 Corvette (a ship, not a car). John Admire won first in Science Fiction with a Star Wars X-Wing fighter. Jack Riggar won first with a diorama that also took a second place finish at the nationals. 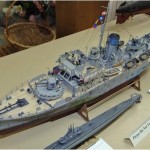 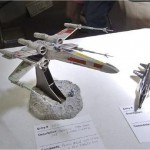 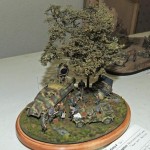 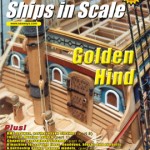 I recently wrote about the Redwood Empire Model Shipwrights club in my post on “Not so Tall Ships.” Member George Karitianos is honored this month with the cover of Seaway’s Ships in Scale magazine and eight page color photo spread for winning a national award  for his magnificent model of Sir Francis Drake’s ship the Golden Hind.

Building scale models is fun, creative, and educational. If you join one of the local clubs you will also have the opportunity to learn the techniques of some of the best model builders. Try visiting a club meeting, or come to a Saturday Model Build Day at HobbyTown USA.

Clubs meet at the following times at Hobbyown USA: